Hot or what? Menopause and me 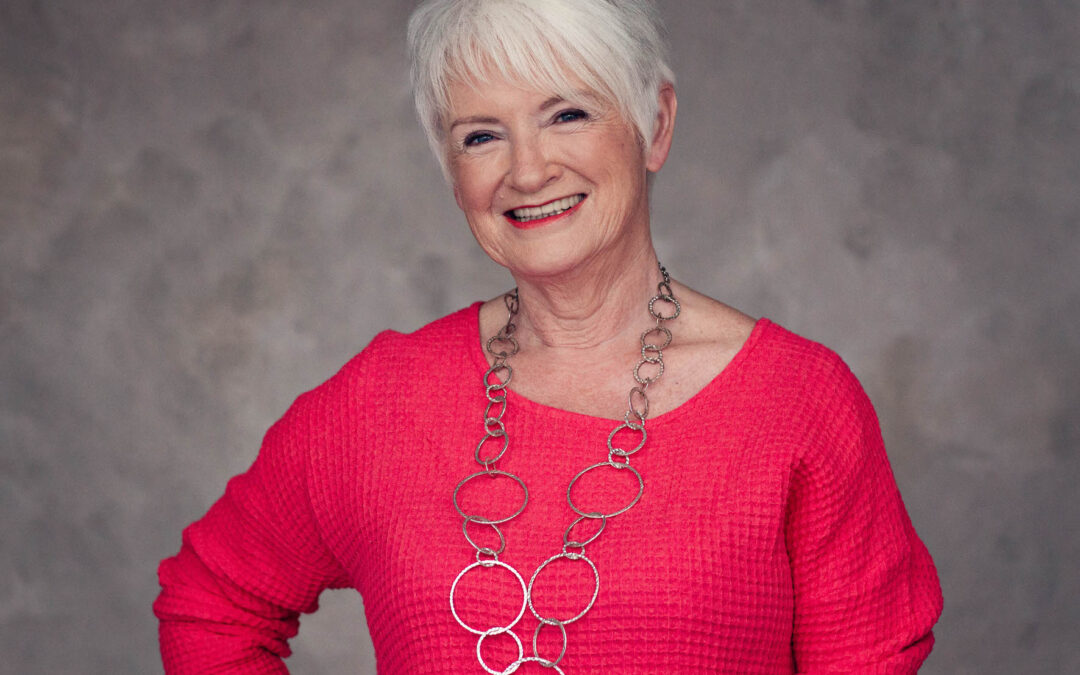 Menopause can be a challenging time for many women, so why are we only just talking about it? This World Menopause Month I share my own story – and offer some of the best blogs and websites to get support

I was surprised to spot that not only is there a World Menopause Day (October 18) – but October is also World Menopause Month. And why not? Almost every other subject under the sun has its own designated day of recognition, awareness, or dare I say it – celebration.

The Month should offer a great sense of liberation for women. It’s a subject that for years has been hidden from view.

In the past, there was scant acknowledgement of this important and significant milestone in every woman’s life. A milestone that often coincided with other life-changing moments such as the kids leaving home and the loss of close relatives.

While some women manage to sail though the stormy hormonal seas of menopause, many don’t – myself included.

I found it a dark and difficult time. It began almost unnoticed as a creeping awareness that something strange was going on with my body. What we now call ‘The Perimenopause’. This insidious catalogue of strange physical symptoms and sensations sapped my energy and sense of wellbeing. I remember the aches and pains in my joints, the tiredness, the muddy-headedness. Every month seemed to be blighted by bloating and a desperate pre-menstrual craving for sugar, which was never fully satisfied.

Once the menopause symptoms began, I never really knew what was coming next – physically or mentally.

During this time, I was working in television as a Home Economist/Food Stylist. A job that, in the whole scheme of things, wasn’t life or death, but often felt like it!

It involved lots of travel, ridiculously early and late starts and finishes, and lots of deadlines and expectations. It was also physically demanding – lifting and carrying a car load of food, props and equipment to far-flung corners of the country. I also worked on Open House with Gloria Hunniford as a TV cook, and had a weekly slot, which involved a train journey from York to the studios in London.

In five years, I never missed an appearance, but often travelled with a throbbing, nauseous headache. The headaches seemed to come from nowhere and hit me with a vengeance, lasting a few days each month. The physical effort of getting myself to the studio really took its toll.

Against this background, I found it really difficult to cope – in secret – with the days when I felt under par, or looked physically dreadful. And it was always in secret. You never mentioned or discussed the menopause.

Like many women, I didn’t really think about getting help. I just thought this was something I had to get through – ‘a woman’s lot’.

But when I started getting palpitations – my heart fluttering like a butterfly in a glass – I did see a heart specialist. I remember one of the worst times was after a meeting in Harrogate. I had a long walk back to my car and the palpitations were so bad, I had to sit down on one of the flower beds until they subsided.

The specialist put me through a battery of tests – and I had to wear a heart monitor. I was diagnosed with paroximal atrial fibrulation, but thankfully was told that I didn’t need treatment.

Discussing my symptoms with the consultant, I said I was convinced that this was due to the menopause. This suggestion was brushed away in a derisory manner. I was told curtly that: “you can’t go around saying that the menopause causes heart problems, it’s just your bad luck”.

This is a problem many women faced, for a very long time. As well as not feeling able to openly discuss debilitating menopause symptoms, there seemed to be little support from the medical profession.

I also suffered from fibroids, which caused dreadful, almost continual bleeding for years. My GP offered me some tablets, but little else – until in desperation, I finally saw a gynaecologist. The release from these years of menopause hell came from the Mirena Coil, which miraculously stopped the bleeding, and I began to feel human again. And wear white jeans! It felt liberating.

It shouldn’t have been like this. And luckily, today it isn’t. There is so much more help, support, knowledge and awareness available. Women are, at last, able to discuss the effects of the menopause on their lives. And there is no need to feel alone.

Menopause Month gives us a voice and a platform to make the menopause a normal part of life, not something to feel ashamed about. Let’s be open about it and support each other.

Know any good websites, books or blogs that have helped you through the menopause?